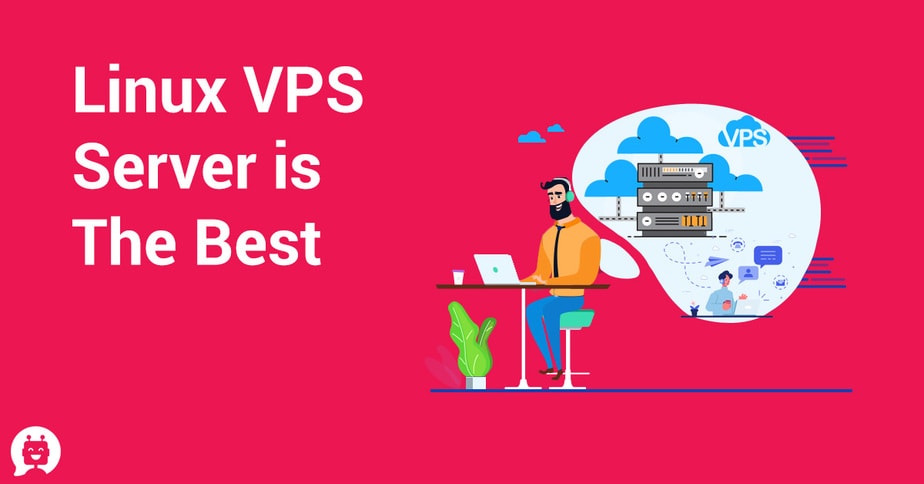 If you are still wondering around the net to select the best VPS server. Which are the ones which will perfectly suit your needs? You have to stop now this is the correct place for you to know which VPS server is the best and why?

First let us understand first what is VPS and what does it do?

Virtual Private Server or VPS is the one which can perform all the functions and deeds that a physical server can perform. Since VPS has its own operating system it is also called a “virtual server”. The VPPS of Linux is a hosting methodology, consisting of one physical server, through which multiple virtual servers run while being completely independent of one another. As you know that Linux is an open-source operating system, free to use and distribute.

Why Should I Use A Linux Virtual Private Server?

There are plenty of reasons to host your websites on a Linux VPS. One of the best advantages of choosing a Linux remote server is that hosting services are full root access to the virtual server and the user has the freedom to install and run any application or service they wish to run on any other Linux dedicated server. Also one of the most important factors is that Linux provides better security than any other server can provide.

Some of the advantages that Linux VPS server offer are:

Just because you are buying the best server doesn’t mean that you have   to  worry about the budget of the server. Linux is a great option for the budget-conscious, as it cuts out all the extra software you need to make the most out of a Windows server.  Linux VPS Hosting does not need you to pay  any license fees

Linux VPS allots a big amount of resources to your site so that your  business can grow until and unless you need a remote server for your site.

Linux operating system provides you with the ability to optimize the applications as well as the remote server to use fewer resources, which    lets the VPS work independently and more effectively.

As you know among all other operating systems Linux provides the best  security. It has always been popular for its highly reliable security which makes it almost impossible for malicious viruses and malware to penetrate its defence system.

For modern developers, Linux is their first choice for work as it provides  a fantastic and streamlined platform. The modularity of the Linux system is that the user can design the solution they want most.

One of the biggest problems that people have with other operating systems is that it has a habit of slowing down as time passes by. Linux has registry, which means that it’s never sluggish as other OS can be.

Linux is not only a helpful OS for new devices, it additionally has a price  to supply older machines too. If you have AN previous laptop sitting around, you’ll realize one thing to run on even the foremost superannuated systems. This implies that you just will revive forgotten hardware. Whereas this may not be necessary for several businesses, it is a good way for programmers to expand their education

Why Is A Linux VPS Better?

Linux VPS Hosting provides more enhanced security and guarantees complete isolation from other virtual servers residing on the same physical server. It guarantees a set amount of hardware resources (such as memory, disk space etc.) that no other customer can utilize.

How Can I Benefit From A Linux VPS?

A Linux virtual server is inexpensive in terms of price (unlike a dedicated server). It is allowing you to host unlimited domains, databases, mailboxes, etc. Our Linux virtual servers can be configured as per your requirement, with a choice of multiple Linux distros including CentOS VPS, Fedora VPS, Ubuntu VPS, Debian VPS, Arch Linux VPS, Scientific Linux VPS, openSUSE VPS all with or without the DirectAdmin control panel. We offer multiple Linux VPS plans tailored to suit even your most demanding needs. All Linux VPS hosting accounts are hosted on high performance, reliable, Dual or Quad Xeon servers running the Linux operating system and are maintained by our team of highly experienced Linux admins.

Our  Linux VPS has the same flexibility and benefits that of dedicated servers on the internet but at a fraction of price.

Our Linux VPS Hosting is also rated 4.9 out of 5 by many customers.

All our Linux virtual server hosting plans are equivalent to a real server, they look and feel as if you are running your own Linux-based dedicated server. All our server plan hosting our managed according to our user requirement, just let us know how you want your hosting we will build it for you.

We believe to be offering the most affordable virtual dedicated server plans on the Internet.